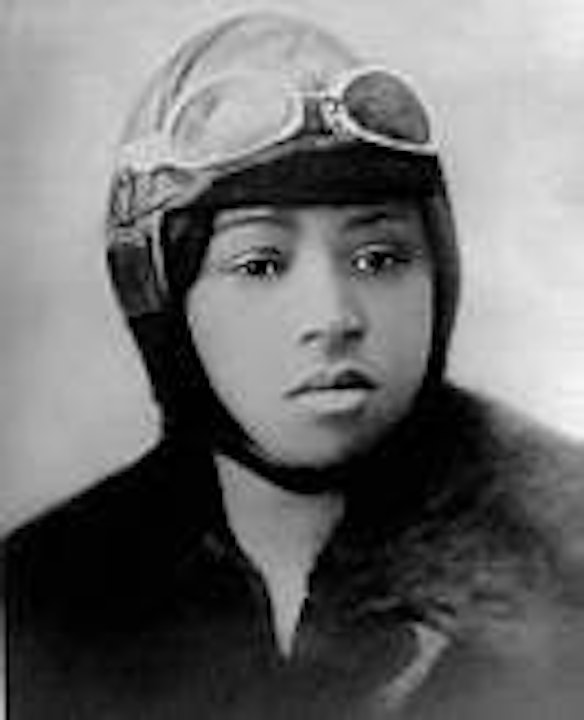 On April 30, 1926, Bessie Coleman, the first black person in the world to obtain a pilot’s license, died during a test flight before a Negro Welfare League sponsored air show in Jacksonville, Florida. An amazing person, Bessie Coleman had been born in Atlanta, Texas on January 26, 1892.

It was in Chicago during the First World War that she heard stories about the aviators exploits overseas and she began to dream of flying herself. A nice dream, and a dream it would have stayed had she not persevered. As a couple of sources explain, “her brothers served in the military during World War I and came home with stories from their time in France. Her brother John teased her because French women were allowed to learn how to fly airplanes and Bessie could not. This made Bessie want to become a pilot.”

American flight schools would not let her enter to learn. But she did not give up.

With aid from Robert S. Abbott, editor of the Chicago Weekly Defender, she contacted schools abroad, learned French in night classes, and in 1920 she traveled overseas to an aviation school in Le Crotoy, France. She studied for ten months and on June 15, 1921, the same year Amelia Earhart began to take lessons she was issued an international pilot’s license by the Fédération Aéronautique Internationale. She was the first Black person in the world to become a licensed pilot.

Bessie Coleman returned to America thrilled crowds with demonstrations of her sensational flying abilities. Her daredevil feats in air shows led to her getting the nickname "Brave Bessie."

Bessie encouraged other young African Americans to fly and dreamed of opening a black aviation school. She refused to participate in any air show that didn’t allow black people to be in the audience.

Sadly she did not live long enough to see her dreams come true. She died in 1926, in an accident while taking a test flight at a Florida air show.

But Brave Bessie Coleman left a powerful inspirational legacy for others and in 1929, a flying school for African Americans was founded in Coleman's honor in Los Angeles.