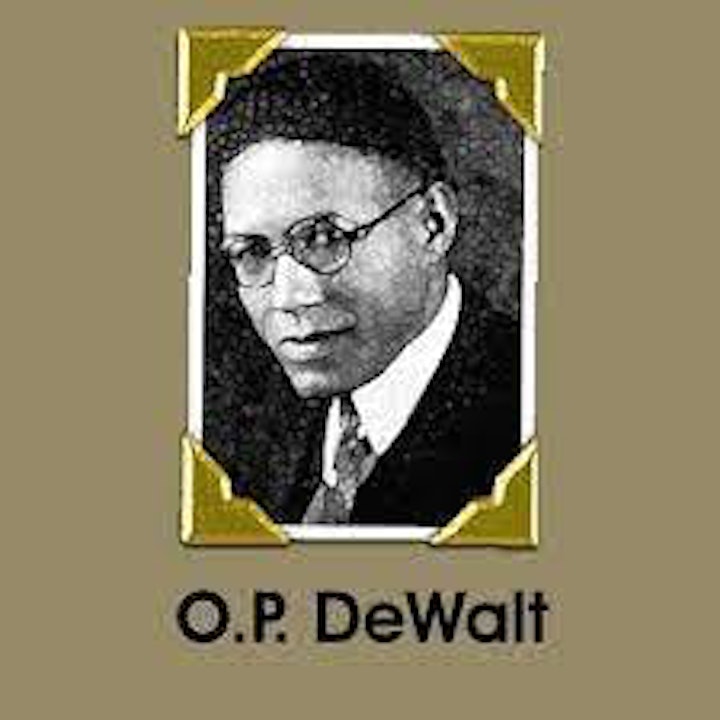 You might not have heard of Mr. DeWalt before so let’s fix that right now. I had some trouble finding out a lot about Mr. DeWalt, and that’s sad, but I’ll do my best.

Olen P. DeWalt, usually referred to as O.P. was born near Livingston in Polk County, Texas around the year 1890 to John and Caroline DeWalt.

After getting educated in a rural area school, DeWalt entered Prairie View College in 1907 and graduated with honors in 1910.

He moved to Houston and started working as a real estate agent with T.M. Fairchild. In 1913 he married Maud Pernetter.

He served briefly as the principal for Independent Heights High School before opening the Lincoln Theater, the first exclusively black theater in Houston. He also maintained a real estate office in the theater’s upper floors. The upper floors also served as a professional space and meeting place for African-American fraternities.

Mr. DeWalt was a charter member of the Houston branch of the NAACP when it was founded in 1918 and served as its president during the 1920s.

The KKK was growing and spreading its message of hate during these years. It became quite strong in Texas. The Klan controlled many town and city governments throughout the state and even had significant control in the Texas state legislature.

Mr. O.P. DeWalt took a vocal stand against the Ku Klux Klan and worked as an influential civil-rights leader decades before the important Civil Rights Movement of the 1950s and 1960s. He fought against the Democratic Party’s effort to exclude black participation by having “white only” Democratic voting primaries. Mr. DeWalt also worked for the establishment of a branch of the National Urban League in Houston. The National Urban League is an historic civil rights organization based in New York City that advocates on behalf of economic and social justice for African Americans and against racial discrimination in the United States.

After speaking out passionately against the KKK, Mr. O.P. DeWalt was shot to death on April 24, 1931 in front of the Lincoln Theater. The police left it on the books as an unsolved crime.

Funeral services were held both in Houston and in Livingston. He was buried where he was born. He packed a lot of good into his 41 years.

So, today with this Daily Dose of Texas history, we honor the memory of this valiant man that stood and fought on the side of justice.